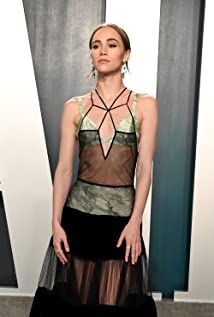 Alice Suki Waterhouse (born 5 January 1992) is an English actress, model and entrepreneur.She was born in Hammersmith, London and was raised in Chiswick, London, the daughter of Elizabeth, a cancer care nurse, and Norman Waterhouse, a plastic surgeon. She has a brother named Charlie, and two younger sisters Madeleine and Imogen Waterhouse, known as Immy, who is also a model.Waterhouse began her modeling career after being discovered in a pub in London when she was 16. She became the face of the Burberry Brit Rhythm Fragrance and later Amo by Salvatore Ferragamo. Waterhouse walked the runway for brands such as Balenciaga, Vivienne Westwood, and Burberry, where she opened at closed there SS'15 show, and Balenciaga. Waterhouse has appeared on the cover of British, Korean, Thai, Taiwanese and Turkish Vogue, Tatler, British and Korean Elle as well as Lucky, L'Officiel, American Marie Claire, French Grazia and 1883 Magazine. Waterhouse has also shot editorials for American, Chinese, Russian, and Japanese Vogue Love Magazine, American Elle, Velour, and Stylist Magazine among others. In April 2017, Waterhouse was chosen as the "Mercier Muse" for the makeup brand Laura Mercier.Waterhouse played Marlene in the sequel The Divergent Series: Insurgent (2015), based on the book of the same name. In March 2015 it was announced that Waterhouse had been cast in the role of Arlen in Ana Lily Amirpour's romance thriller film The Bad Batch. In June 2016, it was announced that Waterhouse will play Cecily of York in the Starz miniseries adaptation of the novel The White Princess by Philippa Gregory. She played the leading female role "The Girl", in the 2017 drama movie The Girl Who Invented Kissing, released April 29, 2017, written and directed by Tom Sierchio. Waterhouse cast in Sam Levinsons 'Assasination Nation' and in 2018 was cast as 'Ms Norman' in 'Detective Pikachu'. In 2019, she played 'Camille' in the Simon Barett directed 'Seance'. In 2020 she has been cast in Amazon's 'Daisy Jones and the Six' playing Karen Sirko.Waterhouse has a accessories company 'Pop and Suki'. Pop & Suki is a direct-to-consumer, millennial fashion accessories brand. which has been worn by Lady Gaga, Pippa Middleton and Emma Stone.