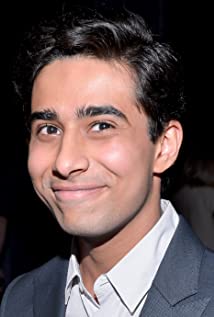 Suraj was born and raised in New Dehli, India. His mother, Shailaja Sharma, is an economist and his father, Gokul Churai, is a software engineer. He has a brother and sister who are both younger than he. His father is from Thalassery, Kerala and his mother is from Palakkad, Kerala.Suraj was one of 3,000 to audition for the role of Pi in Life of Pi (2012) and he attended the audition only because his younger brother asked him to. Several rounds of auditions ended when director Ang Lee chose Sharma because of his expressive eyes and innocent appearance. Since appearing in Life of Pi (2012), Sharma has returned to his study of philosophy at St. Stephens College, Delhi of Delhi University. Sharma received a Las Vegas Film Critics Society Award for Youth in Film for his performance in Life of Pi (2012) as well as an MTV Movie Award and a Saturn Award.In 2019, he costarred in the sequel Happy Death Day 2U (2019).