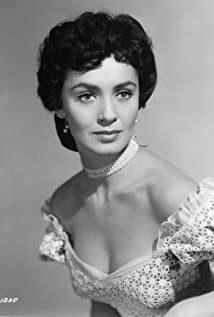 Susan Cabot was born in Boston and raised in a series of eight foster homes. She attended high school in Manhattan, where she took an interest in dramatics and joined the school dramatic club. Later, while trying to decide between a career in music or art, she illustrated children's books during the day and sang at Manhattan's Village Barn at night. It was at this same time that she made her film debut as an extra in Fox's New York-made Kiss of Death (1947) and worked in New York-based television. Maxwell Arnow, a casting director for Columbia Pictures, spotted Cabot at the Village Barn, and a co-starring role in that studio's B-grade South Seas drama On the Isle of Samoa (1950) resulted. While in Hollywood Cabot was also signed for the role of an Indian maiden in Universal's Tomahawk (1951) with Van Heflin. Subsequently signed to an exclusive contract by Universal, Cabot co-starred in a long string of films opposite leading men like John Lund, Tony Curtis and Audie Murphy. Inevitably, she became fed up with the succession of western and Arabian Nights roles, asked for a release from her Universal pact and accepted an offer from Harold Robbins to star in his play "A Stone for Danny Fisher" in New York. Roger Corman lured her back to Hollywood to play the lead in the melodramatic rock-'n-'roller Carnival Rock (1957) and she stayed on to star in five more films for the enterprising young producer-director. After a highly publicized 1959 fling with Jordan's King Hussein, Cabot divided her time between TV work and roles in stage plays and musicals.

War of the Satellites

Have Gun - Will Travel

The Duel at Silver Creek

The Battle at Apache Pass