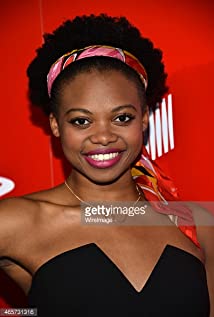 Known best as "Detective Deena Pilgrim" on Sony Playstation's first original series "Powers" - currently filming its 2nd Season - Susan Heyward is an accomplished actress in television, film, and stage.Other projects include her role as "Cece" in the upcoming HBO series "Vinyl" starring Bobby Cannavale and a recently completed guest starring role on CBS' "Unforgettable."She has played recurring characters on Fox's "The Following" and Comedy Central's "Michael & Michael Have Issues" and has also appeared on "Law and Order" and as "Feyonce" on "30 Rock." Feature film work includes 20th Century Fox's recently released remake of "Poltergeist", the award-winning "Mother of George" and American Black Film Festival finalist "Busted on Brigham Lane" (released by festival sponsor HBO)Susan made her Broadway debut in "A Trip to Bountiful" co-starring with Cicely Tyson. She has appeared in numerous Off-Broadway productions including "I Have Before Me A Remarkable Document Given to Me By A Young Lady from Rwanda", the Pulitzer Prize winning "Ruined" as well as several regional productions including "Race" at ACT in San Francisco and "The Master Builder" at Yale Rep. Susan is a graduate of Carnegie Mellon School of Drama and Governor's School in Greenville, SC

The Light of the Moon