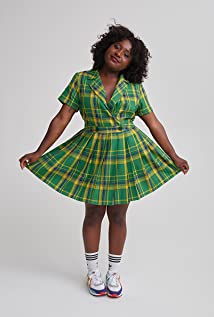 Susan was born in Southwark, London to Nigerian parents. Her television debut was at 14 years old as one of the eight children selected for CBBC's Serious Jungle (2002). Susan was a member of The National Youth Theatre of Great Britain. At 18, whilst studying for her A Levels, she landed her first professional acting role in the BAFTA award winning That Summer Day (2006). The following year she started her actor's training at The Royal Academy of Dramatic Art (RADA). Susan made her film debut in Half of a Yellow Sun (2013) as well as TV appearances in Bluestone 42 (BBC) Crashing (Channel 4) and as Cynthia in the E4 comedy hit Chewing Gum. Susan's first leading role was in the E4/Netflix co-production Crazyhead (2016). Susan is also a writer and her older sister, Emi, is a musical theatre actress.

Year of the Rabbit