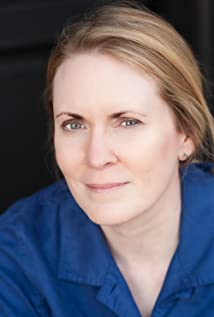 Born into a family of four sisters and three brothers in the working town of Anderson, Indiana, Susanna was destined to enter the world of showbiz despite the fact she graduated Summa Cum Laude with a J.D. from the Indiana University School of Law. Her first taste of the theater was early grade school and continued right through high school where she wrote, directed, and performed in dozens of plays. It was while she was at Central Jr. High that she organized the school's first Drama Club, which continues to thrive today. At Ball State University, prior to entering law school, the vivacious Ms. Harter dove headfirst into the school's theater and dance program performing in a number of dramatic and musical productions which eventually led to an audition on Broadway. Several Off-Broadway performances followed, including "The French Lieutenant's Woman," "Inherit The Wind," and "Little Me." The transition from Stage to Film/Television came in several episodes of "The Guiding Light" before the call from the west coast came in the form of an offer to play the role of Dr. Heather Lloyd on the ABC soap, "General Hospital." Ms. Harter has since appeared in guest roles as an attorney in various episodic shows such as "Monk," "Out of Practice," and "Smith." More to come as the career of Susanna Harter is a work in progress.