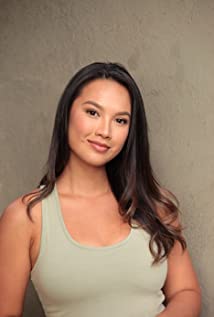 Taiana is an actress, dancer, singer and model born and raised in Hawaii. With Taiana's mother being a dancer, actress and model, and her father being a singer and musician, Taiana was born into a family of entertainers. From a very young age, Taiana performed in touring shows across the U. S. and internationally as a Hula and Tahitian dancer. At the age of 7, Taiana started doing musical theater at a local community theater. Although Taiana spent much of her time on the stage, her dream was to be an actress for Television and Film. After booking her first role in the feature film "The Lost Adventure," she went off to study acting at The American Academy of Dramatic Arts* in Los Angeles. While in her final weeks of acting school, Taiana was a passenger in a brutal car accident, putting her in serious condition. She was forced to return to Hawaii where she could get medical attention and assistance. After recovering, Taiana completed her final year at AADA*, earning her Associates Degree of Occupational Studies. Determined to break into the film industry, Taiana booked the lead in the feature film "Water Like Fire". Since then, Taiana has appeared in three network television shows, several independent films, numerous commercials, and actively works as a character performer for Disney.