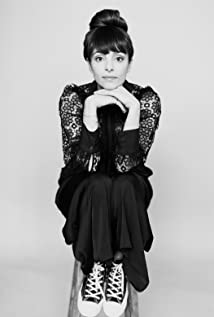 Tala Ashe stars as Zari Adrianna Tomaz in The CW series "DC's Legends of Tomorrow." Ashe is an Iranian-American actress who speaks fluent Farsi and received a BFA in Acting from Boston University, with training from the London Academy of Music and Dramatic Arts and UCB theater. She was recently seen in the off-Broadway production of "The Profane" at Playwrights Horizons, a New York Times Critic's Pick exploring what it means to be Muslim in America. Her additional theatre credits include "Troilus and Cressida" at The Public Theater's Shakespeare in the Park, "Head Over Heels" at the Oregon Shakespeare Festival and the off-Broadway productions of "The Who & The What" at Lincoln Center Theatre and "Urge for Going" at The Public Theater. Ashe's television credits include a recurring role on "American Odyssey," opposite Anna Friel and Peter Facinelli, and an arc on "Smash," opposite Debra Messing, as well as guest spots on "30 Rock," "Law & Order" and "Covert Affairs."

As the World Turns