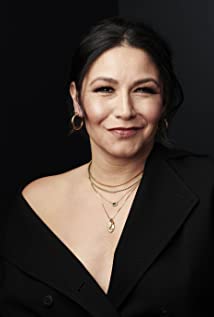 Tamara Podemski is a multi-disciplinary artist born and raised in Toronto to an Ojibway mother from Treaty 4 Territory in Saskatchewan and an Ashkenazi father from Israel. She is a graduate of the Claude Watson School for the Performing Arts where she studied theatre, dance and music throughout its 10-year program.Though she is best known as a screen actress, Tamara's stage career has spanned over 25 years as an actress, singer, dancer and choreographer, most notably starring on Broadway in the musical RENT. She also has independent recording career, having wrote and released 3 albums [2 in Anishinaabemowin and 1 in English under her own record label, Mukwa Music].Tamara made her biggest mark in Sterlin Harjo's film "Four Sheets to the Wind" when she won the Special Jury Prize for Acting at the 2007 Sundance Film Festival, followed by an IFC Spirit Award nomination for Best Supporting Actress in 2008. After returning to the stage, she earned a Jessie Theatre Award nomination for her role in Marie Clements' play "The Edward Curtis Project" and, under the direction of Jani Lauzon, Tamara starred in Colleen Wagner's Governor General's Award-Winning Play "The Monument," which was hailed as one of the "10 Best Theatre Productions of 2018" by the Globe & Mail. Recently, she joined the all-Indigenous cast of Keith Barker's "This is How We Got Here" which won a 2020 Dora Award for Outstanding New Play. Behind the camera, Tamara is the writer and story producer of the documentary TV series Future History (directed and produced by her sister, Jennifer Podemski) and was nominated for Best Writing in a Factual Series at the 2020 Canadian Screen Awards.As a community worker, she has travelled the globe sharing her cultural and creative experiences through workshops, keynotes and panel discussions. Having grandparents who are both Holocaust survivors and Residential School survivors, she speaks openly about issues of intergenerational trauma, reconciliation, inherited legacies and the importance of creating safe spaces for dialogue, education and collaboration.

Four Sheets to the Wind