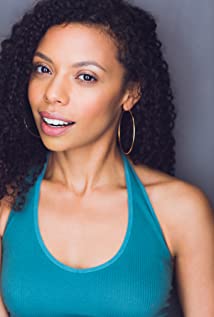 Tara Pacheco is an actress known for Two Sentence Horror Stories (2017) and The First Wives Club (2019).Born in New York City to immigrant parents she is of mixed race descent and fluent in Romanian, with deep multicultural roots.As a teen, Tara attended Franks Sinatra School of the Arts in Queens, New York. Originally pursuing a dance career, an injury led her to try her hand at acting. The theater captivated her and she graduated high school with a NY State Endorsed Arts Diploma.Pacheco continued her classical acting training at the British American Drama Academy in London and earned her Bachelor's Degrees in both Theater Arts and Psychology from Columbia University (CC).After graduating college, Tara entrenched herself in the Downtown and Off-Broadway theater scene in New York, appearing in productions at The Flea Theater, The Signature Theater, and Ars Nova.Tara made her TV debut in NBC's Shades of Blue (2016). Since then she has amassed a versatile performance roster across television and film. Tara has several self-produced projects underway, including a new season of her hit indie micro-comedy, Look it Up (2018).