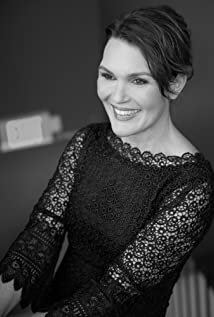 Tara Rosling can be seen playing Esther Miller in the first two seasons of Impulse on YouTube Red. With remarkable good fortune from the scheduling gods, she also just wrapped shooting on Happy Place, a feature directed by Helen Shaver with an ensemble of extra-ordinary women.Tara grew up on the East Side of Vancouver and the small towns of the British Columbia interior. After finishing High School at Lord Byng Secondary, she received a scholarship to pursue acting at York University, where she graduated with a BFA in Acting. Straight out of school, Rosling began working regularly on Toronto-based episodics, features, MOW's and Canadian Indie Films, as well as voice work.With her continued desire to perform on stage, Tara self-produced Daniel McIvor's one person show, See Bob Run. The success of this endeavour resulted in the first of five Dora Mavor Moore Award nominations for outstanding performance by an actress (she has won twice). A steady stream of work in the Toronto Indie Theatre scene followed. With her reputation as one of Toronto's most talented performers, it was time to tackle the classical repertoire. She has spent two seasons with The Stratford Festival and eleven seasons with The Shaw Festival, where highlights have included St Joan, The Heiress, Last Windermere's Fan, Twelfth Night, and many more.Tara lives in Niagara on the Lake with her husband, daughter, two cats in the yard and, at last count, seven fish. She is currently preparing for her Grade 6 Royal Conservatory Piano Exam.