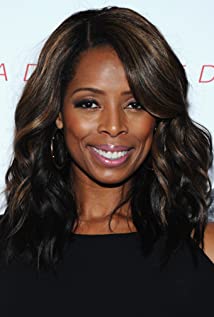 Tasha Smith is a multifaceted actress and director whose work brings style and intensity to the projects she works on, whether in front of or behind the camera. From her roles as "Carol" on Fox's hit drama Empire, "Brenda" in Netflix's Running Out Of Time, to her critically-acclaimed portrayal of the drug-addicted "Ronnie Boyce" in HBO's Emmy Award winning mini-series The Corner, Tasha embodies her characters and gives them life. Tasha's memorable portrayal of "Angela" in Why Did I Get Married? and its sequel Why Did I Get Married, Too? sparked the creation of the spin-off series For Better Or Worse on OWN, for which she earned an NAACP Image Award nomination for "Outstanding Actress in a Comedy Series." Other feature credits include Lionsgate films Addicted and Daddy's Little Girls (opposite Idris Elba), Sony's Jumping The Broom, and Universal's romantic comedy Couples Retreat, among others.Most recently, Tasha has directed episodes of 9-1-1 for Fox, Black Lightning for The CW, the Untitled Tracy Oliver project for Amazon, Star on Fox, P-Valley on Starz, Tales on BET, as well as her directorial debut feature film for TV1 titled When Love Kills, which was nominated for a NAACP Award.Tasha Smith's infectious optimism and enthusiasm command attention in her professional and private lives. She takes time to share her inspirational life story through motivational speaking and mentoring emerging actors through the Tasha Smith Actors Workshop (TSAW).

Running Out Of Time