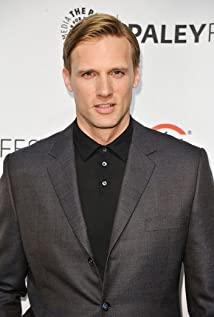 When Steven Bochco cast Teddy Sears in the role of Richard Patrick Woolsley IV in TNT's hit series Raising the Bar (2008), he had no way of knowing the parallels between the actor's life and the character's. Of course with his training, talent and experience, Sears didn't need to be at all like his character, but there is a nice connection between Woolsley, the scion of a wealthy legal dynasty who turns renegade to become a legal defender, and Sears, literally the descendant of Plymouth Rock pilgrims, who left the business world to become an actor.Growing up in Chevy Chase, Maryland, Teddy Sears was a great student and an even better athlete. Great-grandson of a 1912 Olympic gold-medalist (shooting) and nephew of an aunt who brought home a bronze in the 100 meter butterfly from the 1956 Melbourne games, he followed that tradition of excellence with state and national recognition in high school football and swimming and played varsity football for the University of Maryland. He graduated from the University of Virginia with a degree in business management before discovering his true calling and following its voice to New York and the beginning of his acting career. There he studied with acclaimed coach William Esper, worked tirelessly in the crucible of daytime drama, and landed guest-star roles in series like Law & Order (1990).He showed his comedy chops in bits on The David Letterman Show (1980) and Late Night with Conan O'Brien (1993), and then moved to Los Angeles, where he worked steadily in film and as a guest star in both television drama and comedy prior to joining the cast of Steven Bochco's Raising the Bar (2008) which enjoyed a two year run on TNT. He can also be seen in the recently released feature A Single Man (2009), starring Colin Firth and Julianne Moore. Sears now makes his home in a beach community south of Los Angeles, where he uses his few spare hours surfing and training for triathlons.