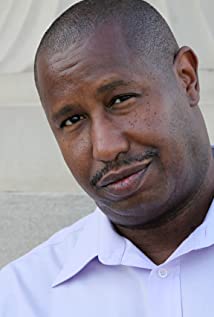 Terence Rosemore was born in Great Falls, Montana and raised in New Orleans where he got his start as an Actor in Ted Gilliam's Dashiki Theatre Company. He is an award winning Filmmaker and Actor who has appeared in dozens of feature films including Triple 9, Fist Fight, The Nice Guys, The Apostle, Candyman 2 and Guardians of the Galaxy Vol. 2. His Television work includes appearances on Scream Queens, True Detectives, American Horror Story , Queen Sugar and HBO's Treme.Rosemore's behind the camera credits includes Dr. Phil, The Fast and the Furious:Tokyo Drift, NFL Films, The Skeleton Key and Monster's Ball. From 1999 to 2001 Rosemore served as Cash Money Records Casting Director, casting the feature film Baller Blockin, as well as music videos for Lil Wayne and Juvenile.Content created by his company Out of Nowhere Productions has been featured on Fox Television, ABC, NBC/Universal's DotComedy.com, and Columbia/Sony's Crackle.com. Rosemore recently directed and produced the feature film Different Worlds, a joint U.S. and Nigerian production, which premieres in early 2020. Rosemore says his goal is to "...significantly increase minority and female participation in all aspects of the Arts and Entertainment industries."