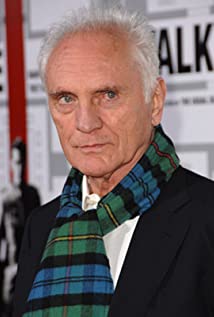 Terence Henry Stamp was born and lived in Canal Road, Bow, until German bombers forced his family to move to Plaistow. An icon of the 1960s, he dated the likes of Julie Christie, Brigitte Bardot and Jean Shrimpton. After an extremely successful early career, starring in Modesty Blaise (1966), Poor Cow (1967) and Far from the Madding Crowd (1967), Stamp withdrew from mainstream films after his girlfriend, supermodel Jean Shrimpton, left him, and he and went on a 10-year sabbatical in India. He returned home in the late 1970s to star as the evil General Zod in Superman II (1980), and in 1984, delivered what many consider his finest performance as the supergrass in Stephen Frears' The Hit (1984). A few minor but colourful roles, topped by his performance as the transsexual Bernadette in The Adventures of Priscilla, Queen of the Desert (1994), have put Stamp back in the British consciousness. His role of a vengeful gangster in The Limey (1999) was created especially for him by its director.

Francis Bacon: A Brush with Violence

The Art of the Steal