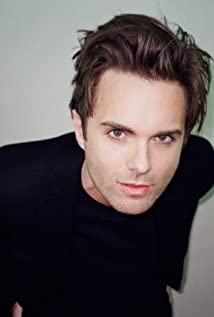 Thomas Dekker was born to parents who possess very artistic and theatrical characteristics. His mother is an acting coach, actress, singer and concert pianist, while his father was an artist, set designer, opera singer and actor. His maternal grandfather was famed Welsh radio actor Alun Williams.Dekker began acting at age six, when he received a minor role on The Young and the Restless (1973). A year later he was given the opportunity to act with Patrick Stewart, Malcolm McDowell and William Shatner in Star Trek: Generations (1994), playing Thomas Picard. He went on to score guest spots on The Nanny (1993), Seinfeld (1989), Star Trek: Voyager (1995) and Caroline in the City (1995) before finally landing a regular spot on Disney Channel's Honey, I Shrunk the Kids: The TV Show (1997). For three years he took on the role of Nick Szalinkski, creating a name for himself and finding a nice niche in the Disney universe. When he wasn't on set filming, he was lending his voice to sequels for The Land Before Time and An American Tale.Honey I Srunk The Kids ended its run in 2000, but Dekker continued to make appearances in television, including a recurring role on the family drama 7th Heaven (1996). A big break presented itself when he was cast as Zach in the first season of Heroes (2006). Though after appearing in only eleven episodes, he was offered the role of John Connor in Fox's Terminator: The Sarah Connor Chronicles (2008) in 2008. While the premise of the show was widely popular (having been adapted from James Cameron's Terminator franchise), it struggled to maintain a steady audience and was canceled after only two seasons.2008 was still a busy year for Dekker. He took on the role of Aidan, a troubled teen in the horror flick From Within (2008). Meanwhile, he also took part in the web-based series IQ-145 (2008). Though his biggest project came when he decided to try his hand in film production. He wrote, directed and starred in Whore (2008), a film about a group of teenagers who travel to Hollywood to pursue their dreams but discover a much darker side to fame. A year later, he received the part of Taylor Ambrose, a Leukemia patient in the drama My Sister's Keeper (2009) alongside Cameron Diaz and Abigail Breslin. The role was rather timid and intelligent because it let Dekker immerse himself in a character he has never played before. In early 2010, he took a stab as Jesse Braun in the re-imagining of A Nightmare on Elm Street (2010).Dekker's most recent role is Lance Loud in Cinema Verite (2011) with Diane Lane, Tim Robbins and James Gandolfini.

Once Upon a Superhero