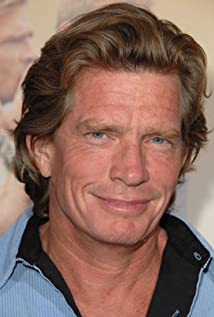 Thomas Haden Church was born Thomas Richard McMillen in Yolo, California, to Maxine (Sanders) and Carlos Richard McMillen, who was a U.S. marine and surveyor. He was raised in Texas. His mother remarried George Quesada, a widowed WWII veteran who served in Guam, in 1969. He adopted this surname Quesada. He changed it to Haden Church after "nobody could pronounce Quesada". Church began his show business career in front of a microphone instead of a camera, first as a radio deejay and then as a voice-over announcer. After landing a role in the independent film, Stolen Moments, Church moved to Los Angeles to pursue his acting career.