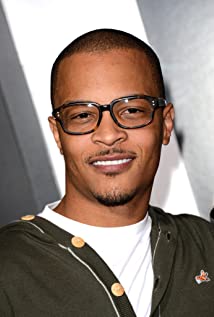 T.I. was born Clifford Joseph Harris, Jr. on September 25, 1980, in Atlanta, Georgia, to Violeta Morgan and Clifford "Buddy" Harris, Sr. He is also known as T.I.P. and "Rubberband Man". T.I. is from the streets of Westside Bankhead Zone 1 in Atlanta. His original stage name, T.I.P., it stems from his childhood nickname "Tip", given by his grandfather. He later changed it to T.I. out of respect for label mate Q-Tip. He was dubbed "the Jay-Z of the South" by Pharrell Williams, T.I. gradually established himself as one of rap's greatest and most successful MCs during the early 2000s. T.I. has been active with helping the community especially with Hurricane Katrina relief efforts, T.I. worked with troubled youths at Paulding Detention Center in Atlanta, provided scholarships for single parent families at Boys and Girls Clubs. He has had successful movies roles such as: ATL (2006) and most notably American Gangster(2007) along side Denzel Washington.