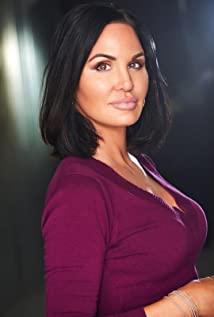 Tia Texada, born December 14 ,1981, is an American actor best known for her role as Cruz on NBC's critically acclaimed series Third Watch, and her recurring role as an undercover agent Ribera on The Unit for CBS. Other roles include, In Plain Sight, Saving Grace, Chuck for NBC, HBO's Mind of the Married Man, Everybody Hates Chris, The Amazing Spiderman feature film, Batman and Beyond, Static Shock, Firebreather, and Handy Manny. She was the voice of Maybelline New York for 15 years, the number one selling cosmetic brand in the world and during her campaign of "Maybe She's Born With it... Maybe Its Maybelline" it was named Brand of the Year and Launch of the Year for Lash Sensational. She was first female live announcer for the Espy Awards where she worked alongside Justin Timberlake, Jame Foxx, Lebron James, and Samuel Jackson for seven years. She was the voice of the winning Golden Trailer award for the RoboCop feature film. Tia was the voice for launching Super Bowl 50 for The NFL Today on CBS, Flesh and Bone for Starz, Lindt Gold Bunny, Zales, Unstoppable Collection, JC Penney World Cup Soccer IS for Girls, World Series of Poker Lady Luck for ESPN, and Skittles 'Taste the Rainbow'.