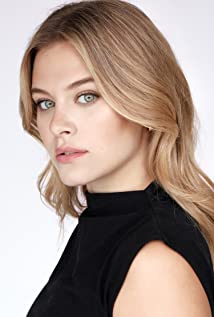 Nurturing an impressive body of work encompassing film and television, Tiera Skovbye's career continues to evolve with diverse and challenging projects. Tiera currently (2020) stars as the lead of the Global series "Nurses" which follows five young nurses working on the front lines of a busy downtown hospital, dedicating their lives to helping others, while struggling to help themselves. Season 1 aired in January 2020 to great reviews and ratings and she is currently shooting season 2. Tiera will next be seen starring in season 2 of the critically acclaimed series "Dirty John" which will air on USA Network in June. Tiera plays the younger version of the title character Betty Broderick.Tiera's recent credits also include starring in the hit series "Riverdale"as Betty Coopers older sister Polly. Additionally, she was last seen as a recurring character on the iconic ABC series "Once Upon A Time" playing Robin, the grown-up daughter of Zelena and Robin Hood. Her other television credits include appearances on "Arrow," "Supernatural," and "Dead of Summer." She also played Elizabeth Berkley in the Lifetime's "The Unauthorized Saved By The Bell Story."Segueing effortlessly between television and film, Tiera will next star opposite Jacob Elordi in the romantic drama feature "2 Hearts" which will be released wide this Summer. She recently starred in the indie film "Summer of '84," about a group of teenage friends who spend their summer spying on their police office neighbour, who they believe is a serial killer. The film had its world premiere at the 2018 Sundance Film Festival. Last year she also starred opposite Bella Thorne and Patrick Schwarzenegger in the Open Road feature film "Midnight Run" and Helen Hunt in the feature film "The Miracle Season."A native of Vancouver Canada, Tiera comes from a Scandinavian background and most of her extended family resides in Sweden and Denmark. She began her acting career at the age of seven when she was spotted by an agent at the Children's Festival in Vancouver. At 13 Tiera was scouted by an international modelling agency and she began modelling for various designers and campaigns which took her throughout Asia and Europe . She has appeared in Hello Canada's magazine as "One one Canada's most beautiful" in 2017 and 2018 . In 2019 she was included in The Hollywood Reporters list of "Crop of Emerging Young Talent", and in April 2020 she appeared for the forth time in Elle Canada this time as one of their "Canadian Actresses on the Rise".Tiera splits her time between Los Angeles and Vancouver.

Secrets of My Stepdaughter