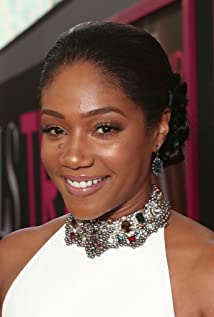 Tiffany Sara Cornilia Haddish is an American stand-up comedian and actress. She was named one of the 100 most influential people in the world by Time magazine in 2018, and The Hollywood Reporter listed her among the 100 most powerful people in entertainment in both 2018 and 2019.After guest-starring on several television series, Haddish gained prominence for her role as Nekeisha Williams on the NBC sitcom The Carmichael Show (2015-2017). Her breakthrough came in with a leading role in the comedy film Girls Trip (2017), which earned her several accolades, such as nominations for two Critics' Choice Awards. In 2021, Haddish's performance was included on The New Yorker's list of the best film performances of the 21st century. She won a Primetime Emmy Award for hosting a Saturday Night Live episode (2017) and published a memoir, The Last Black Unicorn (2017).Haddish starred in the TBS series The Last O.G. (2018-2020) and executive produced and voiced Tuca in the Netflix/Adult Swim animated series Tuca & Bertie (2019-present). Haddish released the album Black Mitzvah in 2019, for which she won the Grammy Award for Best Comedy Album, making her the second African-American woman to win this prize after Whoopi Goldberg in 1986. In 2022, she was part of the main cast for the crime comedy series The Afterparty and is set to reprise her role in the show's second season.

The Unbearable Weight of Massive Talent

The Proud Family: Louder and Prouder