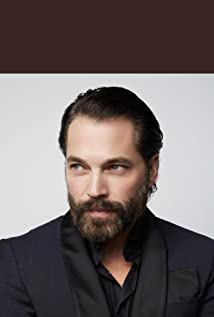 Tim Rozon's first major role was playing heartthrob, Tommy Quincy, opposite Alexz Johnson and Laura Vandevoort for four seasons on the teen drama series Instant Star for TeenNick (USA) and CTV (CANADA). In Befriend and Betray for Shaw TV (CANADA), Tim played series lead Alex Caine, a gang infiltrator. Other major roles include two seasons playing Mutt Schitt on CBC's runaway comedy Schitt's Creek opposite comedy icons Eugene Levy, Catherine O'Hara and Chris Elliott and the role of the iconic gunslinger and gambler Doc Holliday on Syfy's Wynonna Earp.Tim has made guest appearances on many hit shows made in Canada over the last decade. including Rookie Blue, Flashpoint, The Listener, Heartland, Lost Girl, Being Human, Saving Hope and 19-2. Tim won a prestigious Gemini Award for his performance in Flashpoint and was nominated for Canadian Screen Award for his role in Befriend and Betray. He is also a voiceover actor, playing a leading role in the animated feature film The Legend Of Sarila, opposite Christopher Plummer and Genevieve Bujold.In addition to acting, Tim produced the documentary feature Shuckers, about the world of oysters and those who shuck them. When not acting, Tim can be found in Montreal at his restaurants Le Garde Manger and Le Bremner opposite star chef Chuck Hughes.

The Legend of Sarila