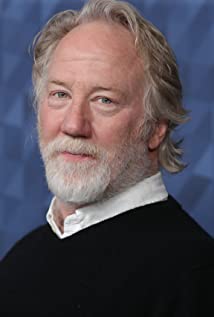 Timothy Busfield is a producer, director and Emmy Award-winning actor with over 700 professional credits. As an actor he has been a series regular or recurring character in over 20 series including "For Life", "The Loudest Voice", "Almost Family", "Designated Survivor", "One Dollar", "Thirtysomething", "The West Wing", "Entourage", "Sleepy Hollow", Secrets and Lies", "ED", "Studio 60 on the Sunset Strip", "Trapper John, M.D.", "The Byrds of Paradise", "Champs", "Family Ties", "Without A Trace", "The Paper Chase", "Reggie" and "All My Children", and the hit Marvel Podcast "Wastelanders: Old Man Star-Lord" as the title character Star-Lord (AKA Peter Quill) . Timothy has appeared in over 40 television movies and feature films, including "Field of Dreams", "Stripes", "Revenge of the Nerds", "Nerds in Paradise", "Quiz Show", "Sneakers", "Striking Distance", "Little Big League", "First Kid", "National Security", "23 Blast", "Strays", "Trucks", and "One Smart Fellow" which he co-directed, co-wrote, and acted in. Timothy has directed over 150 episodes of television, including "This Is Us" and multiple episodes of "The Fosters" (also directed the pilot), "thirtysomething", "Sports Night", "Damages", "Lipstick Jungle", "Studio 60 on the Sunset Strip", "Without A Trace", "Las Vegas", "The Night Shift", "Secrets and Lies", "The Glades", and many more. Timothy has served as a Producing Director on 7 series including "Secrets and Lies", "Mind Games", Lipstick Jungle", "Studio 60 on the Sunset Strip", "Without A Trace", "ED", and the mini series "Maneater". In theatre, Timothy has appeared on Broadway twice, most recently as Lt. Daniel Kaffee in Aaron Sorkin's "A Few Good Men." Timothy founded two of America's most successful professional theaters, The Fantasy Theatre (AKA the B Street School Tour) and The B Street Theatre, both in Sacramento, California. Now in their 35th season, the theaters perform annually for over 200,000 children and adults throughout northern California. Timothy has an honorary PhD from Michigan State University. He lives with his wife, television icon and fantastic cook, Melissa Gilbert.