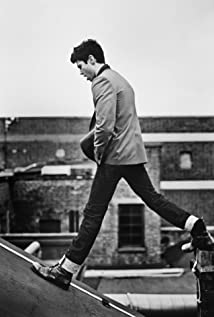 Toby Kebbell was born in 1982 in Pontefract, Yorkshire. He then moved to Nottinghamshire, where he grew up. Aged 17 he joined the Central Television Workshop in Nottingham.Toby's breakthrough came when Shane Meadows saw him at the Central Television Workshop and cast him in the role of Anthony in the film Dead Man's Shoes opposite Paddy Considine. He only had three days to prepare for the film but his sensitive, moving portrayal of a youngster with learning difficulties saw him earn a nomination for the Most Promising Newcomer Award at the British Independent Film Awards. It was followed by appearances in Oliver Stone's Alexander and Match Point, which Woody Allen cast him in without audition after watching him in Dead Man's Shoes.Kebbell's most critically acclaimed role came in the 2007 biopic of Ian Curtis, Control. He played Rob Gretton, the manager of Joy Division under direction by Anton Corbijn, and won the Best Supporting Actor Award at the British Independent Film Awards, beating off challenges by Cate Blanchett, Colin Firth and Control co-star Samantha Morton. He was also nominated for the London Critics' Circle Best Supporting Actor Award alongside Albert Finney and Tom Wilkinson.In 2008 Toby played the title role in Guy Ritchie's RocknRolla, with Tom Wilkinson, Gerard Butler, Thandie Newton and Mark Strong. He provided the standout performance as the crack-addicted musician, Johnny Quid. Kebbell lost 1 and a half stones in a matter of a few weeks to play the emaciated rocker. The Sun subsequently awarded Toby their 2008 Best Actor nod for the performance and noted he was "a star of the future".Kebbell has finished filming for Cheri, directed by Stephen Frears and to be released in 2009, in which he takes a small role alongside Michelle Pfeiffer. He is filming in Morocco and London with Jake Gyllenhall and Sir Ben Kingsley for the new Jerry Bruckheimer epic Prince of Persia: Sands of Time.His TV work includes playing the lead 'Paul' in a heart-wrenching episode of Jimmy McGovern's BAFTA winning BBC series The Street, and a modern retelling of Macbeth alongside James McAvoy. Toby's theatre credits include spells at the Almeida in David Hare's rework of Maxim Gorky's "Enemies" Directed by Michael Attenborough. And at the Playhouse, under David Grindleys direction of R.C. Sherriff's classic, "Journey's End".