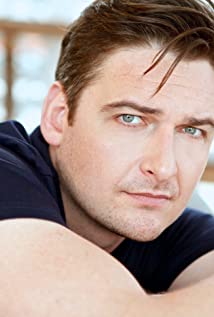 Toby Leonard Moore was born in Sydney, Australia in 1981 and moved to Hobart, Tasmania at the age of 11. He studied acting at the prestigious National Institute of Dramatic Arts (NIDA) in Sydney (past alumni are Cate Blanchett, Sam Worthington and Mel Gibson), graduating in 2005. In Sydney theatre, he's appeared on stage in Company B's production of Peribanez, directed by Neil Armfield as well as in Sydney Theatre Company productions of Dead Caesar, Stag, and most recently, Saturn's Return, directed by David Berthold. His Australian TV appearances include "Murder in the Outback" and his American credits include 6 episodes of Spielberg and Hanks' HBO epic mini-series "The Pacific," playing Sergeant Stone (released March 2010). In 2010 he was credited for guest starring as Walton in the Dollhouse episode "Gray Hour." He has since appeared in 2014's John Wick starring Keanu Reeves, guest starred on White Collar, and in 2015 was seen as James Wesley, Wilson Fisk's (Vincent D'Onofrio) right-hand man in Netflix's high rated Daredevil. 2016 will see him beside Paul Giamatti in the anticipated "Billions."