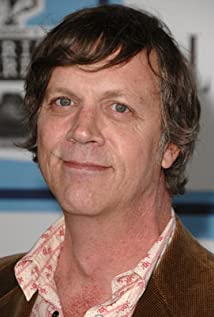 Todd Haynes was always interested in art, and made amateur movies and painted while he was still a child. He attended Brown university and majored in art and semiotics. After he graduated he moved to New York City and made the controversial short film Superstar: The Karen Carpenter Story (1988). The movie uses dolls instead of actors to tell the the story of the late Karen Carpenter. The movie was a success at several film festivals, and because of a lawsuit by Richard Carpenter (over musical rights) is very hard to see but it is a true classic for bootleg video buyers. His first feature, Poison (1991) was even more controversial. The film was attacked by conservatives and Christians who said it was pornographic, but it won the Grand jury prize at the Sundance Film Festival. It is now considered a seminal work of the new queer cinema. His short film Dottie Gets Spanked (1993) was aired on PBS. His next feature film Safe (1995) told the story of a women played by his good friend, Julianne Moore, suffering from a breakdown caused by a mysterious illness. Many thought the film was a metaphor of the Aids virus. The movie was a considered to be an outstanding work and one of the best films of the year. In Velvet Goldmine (1998), starring Christian Bale and Ewan McGregor, he combines the visual style of 60s/70s art films and his love for glam rock music to tell the story of a fictional rock star's rise and fall. Far from Heaven (2002), set in the 1950s and starring Julianne Moore and Dennis Quaid, is about a Connecticut housewife who discovers that her husband is gay, and has an affair with her black gardener, played by Dennis Haysbert. The film was a critical and box office success, garnering four Academy Awards. It was hailed as a breakthrough for independent film, and brought Haynes mainstream recognition. With I'm Not There (2007), Haynes returned to the theme of musical legend bio, portraying Bob Dylan via seven fictive characters played by six different actors. The film brought him critical claim, with special attention to the casting of Cate Blanchett as arguably the most convincing of the Dylan characters, for which she received an Academy Award nomination. In 2011, Haynes directed Mildred Pierce, a five-hour miniseries for HBO starring Kate Winslet in the title role. His new feature film Carol (2015) with Cate Blanchett premiered at the Cannes International Festival 2015 to rave reviews and won Best Actress for Rooney Mara.