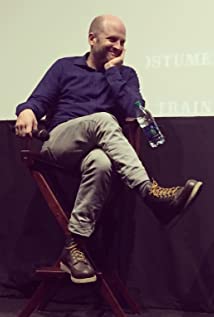 In 2015, an adaptation Todd and his writing partner created of Shakespeare's Macbeth for See-Saw Films (The King's Speech and Shame) premiered in competition at the Cannes Film Festival. The film, starring Michael Fassbender and Marion Cotillard, was released by The Weinstein Company this past December.Todd's third directorial feature, Hello I Must Be Going was in competition and selected the Opening Night film at the Sundance Film Festival. Oscilloscope Laboratories released the film, which was named one of the Top Ten Independent films of 2012 by the National Board of Review. The film also garnered a Best Screenplay award at the Nantucket Film Festival for screenwriter Sarah Koskoff. Other directing credits include: Love, Liza (Sony Classics) with Philip Seymour Hoffman and Kathy Bates, The Marc Pease Experience (Paramount Vantage) with Jason Schwartzman, Anna Kendrick and Ben Stiller and his short film The Fifteen Minute Hamlet starring Austin Pendleton, which screened at Sundance and won Best Short at The New York Comedy Film Festival.He is a recipient of an Annenberg Grant, as well as being a Sundance Fellow and Directing Advisor. As an actor, he has appeared in many films, including Scent of a Woman, Jerry Maguire, High Fidelity, School for Scoundrels and Thank You for Smoking.

Hello I Must Be Going

A Bag of Hammers