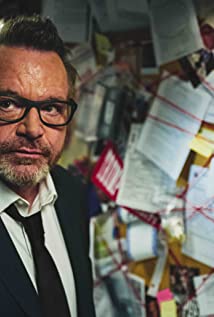 Tom Arnold was born in Ottumwa, Iowa, to Linda (Graham) and Jack Arnold. After his parents divorced, he was raised by his father. In 1983, he got his first taste of stand-up comedy when he performed at open microphone nights at the University of Iowa. Tom's comedy career had its ups and downs over the next several years until 1988, when he entered the Minneapolis Comedy Competition and won first place. With this victory in hand, he decided to move to Los Angeles to pursue a stand-up comedy career. Once he hit Los Angeles, things happened fast. That same year, he was hired as a staff writer for Roseanne Barr's TV sitcom Roseanne (1988) and began to appear regularly on the show as "Arnie Thomas". He and Roseanne Barr were married in 1990, with Arnold converting to Judaism prior to the marriage. They formed Rapello County Productions to develop projects for themselves.The couple's marriage, together with their sometimes outrageous behavior, attracted media attention - and especially that of the tabloids - like a magnet. In 1994 conditions between the two deteriorated and they went through a very public, and acrimonious, divorce. Tom has been married twice since then and is the co-host of Fox Sports Net's talk show The Best Damn Sports Show Period (2001). He also does voiceover work, and provides the voice for the "Oven Mitt" character in the TV commercials for the Arby's restaurant chain.

Pegasus: Pony with a Broken Wing

The Hunt for the Trump Tapes