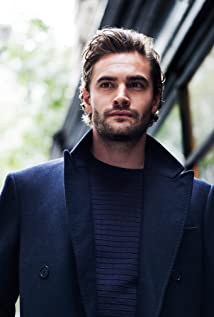 Tom was born in 1989, to two teachers, one of fourteen children and has a twin brother. Brought up in Jericho in Oxford he attended Cherwell School before joining the National Youth Theatre and enrolling at the London Academy of Music and Dramatic Art, where he was awarded the Leverhulme Scholarship.Current and upcoming projects include his role as 'Rawdon Crawley' in ITV and Amazon's adaptation of the literary classic 1848 novel by William Makepeace Thackeray, "Vanity Fair," opposite Olivia Cooke, Johnny Flynn and Claudia Jessie. He was also recently seen as 'Wilkes' in the premiere episode of Hulu's anthology horror series from Blumhouse TV, "Into the Dark." His episode, 'The Body' also starred Dermot Mulroney and Rebecca Rittenhouse and aired on October 5, 2018. Additionally, Bateman recently received the Breakthrough Actor award at GQ's 2018 Men of the Year Awards.Next, Bateman will star in the Hans Petter Moland revenge thriller "Cold Pursuit," opposite Liam Neeson, Laura Dern and Emmy Rossum, which is based on the 2014 Norwegian film "In Order of Disappearance." Premiering in February 2019, the film centres around a snowplow driver who seeks revenge against the drug dealers he thinks killed his son.Additionally, Bateman recently began production on ITV's upcoming period drama "Beecham House," where he'll play the title role, 'John Beecham.' Written and directed by Gurinder Chadha, the series is set in late 18th century India and looks at the lives of residents living in a Delhi mansion and explores intrigue, murder and greed but also love and loyalty between a British family and their Indian relationships.Bateman also recently played the role of 'Bouc' in Kenneth Branagh's star-studded remake of the classic Agatha Christie classic, "Murder on the Orient Express." He previously made his US feature film debut in Jonathan Levine's "Snatched" opposite Goldie Hawn and Amy Schumer.On television, Bateman has played the title roles in ITV's "Jekyll & Hyde" and has also appeared in Hugo Blick's BBC series "The Honourable Woman", Dominik Moll's "The Tunnel", David Goyer's "Da Vinci's Demons" and Susanna White's "Parade's End," amongst several others.Previously Bateman, as a member of the Kenneth Branagh Theatre Company, collaborated with Director Branagh on his theatre productions of The Winter's Tale and Harlequinade in the West End's Garrick Theatre. Amongst numerous other theatre credits are the role of Will Shakespeare in Declan Donnellan's production of Shakespeare in Love at The Noel Coward Theatre, and productions of Lizzie Siddal, The Duchess of Malfi, The Lion in Winter and Much Ado About Nothing.