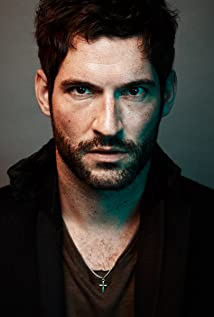 Tom Ellis is a Welsh actor from Cardiff, Wales. He is best known for playing Lucifer Morningstar in the American television series Lucifer (2016-2020).Ellis was born in Cardiff. He studied BA Dramatic Studies at the Royal Conservatoire of Scotland (previously the Royal Scottish Academy of Music and Drama).Ellis' notable roles include Hollywood physician in the USA Network series Rush, Mark Etches in the British supernatural drama The Fades and Gary Preston in the hit TV show Miranda which aired on the BBC from November 9, 2009 to January 1, 2015.In February 2015, it was announced that Ellis was cast as Lucifer Morningstar in the Fox television drama Lucifer, based on the comic of the same name, which premiered on 25 January 2016. The show was renewed by Netflix for a fourth season which was released on 8 May 2019.

The Secret of Crickley Hall