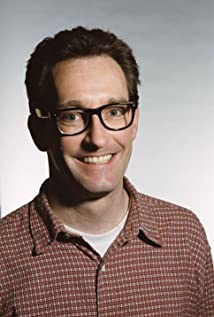 Tom Kenny grew up in East Syracuse, New York. When Tom was young he was into comic books, drawing funny pictures and collecting records. Tom turned to stand-up comedy in Boston and San Francisco. This led to appearances on every cable show spawned by the stand-up epidemic of the '80s and '90s as well as stints on The Dennis Miller Show (1992), The Pat Sajak Show (1989), Late Night with Conan O'Brien (1993) and [error]. Tom was a regular on Fox TV's The Edge (1992) and spent a year as the host of NBC's Friday Night (1983). His mainstream television appearances include Brotherly Love (1995) and David Alan Grier's sitcom debacle, The Preston Episodes (1995). Tom supplies the voice for "Heffer" the cow on Nickelodeon's Rocko's Modern Life (1993) and Nickelodeon's SpongeBob SquarePants (1999), as well as regular performances on The Cartoon Network's Dexter's Laboratory (1996), Justice League (2001), The Powerpuff Girls (1998), and Johnny Bravo (1997). Tom joined the cast of Mr. Show with Bob and David (1995) where he met his future wife Jill Talley. Together they've teamed up on Comedy Central's The Mark Thomas Comedy Product (1996), the stage show "The Show With Two Heads", HBO's Not Necessarily the Election (1996), the Smashing Pumpkins' "Tonight, Tonight" video and Travis "Sing" video.

Batman and Superman: Battle of the Super Sons