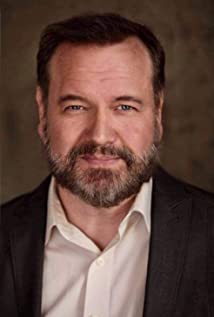 Tom Konkle is film director and writer who started as a comic actor who has also transitioned to playing sarcastic heroes or diabolical villains. Tom is known for his appearances in The Art of Football comedy television show with John Cleese. Trouble Is My Business, and Cosmos. He is an award winning actor and now feature film director of Trouble Is My Business and The Longest Knife. Tom has written episodes of the Warner Brothers series, Be Cool Scooby Doo. Tom has starred in features like The Noise In The Middle and dozens of short films like "Who Makes Movies" and "Sanctuary." He has appeared in comedy films with David Beeler including "Seat Fillers!," "The Animal In Us All," "The Secret To Happiness," "A Paid Advertisement" "Destiny's Stop" Tom has written screenplays including Animus, Trouble Is My Business and Last Breath. He has written and produced numerous television, short films, and industrial films. You may have also seen Tom in commercials, guest star roles on television and independent films. His stage career is extensive with shows including The Real Inspector Hound, Beyond The Fringe, Clare and Tom: A One Woman Show, Loot, Nevermore: The Black Cat, Good Night, Britcom, Double Act and many others. The remaining Monty Python members asked him to direct, perform and ruin their never before seen sketches live in a show called Owl-Stretching Time. Tom was a series regular on NBC's Spy TV, Sci-Fi Channel's Scare Tactics and Fox's The Orlando Jones Show, Community, Arrested Development, NBC's The Office, Back to You, Secret Life of the American Teenager and CW's The Game. Tom stars in four episodes of Comedy Gumbo for Sony Pictures Television.

Trouble Is My Business

Apostle Peter and the Last Supper