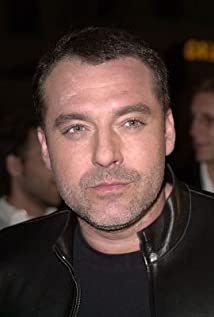 Tom Sizemore rose in prominence throughout the 1990s, establishing himself as a memorable tough-guy actor, sought by the most respected directors in the business.Thomas Edward Sizemore, Jr. was born in Detroit, Michigan, to Judith (Schannault), an ombudsman staff member, and Thomas Edward Sizemore, Sr., a lawyer and professor. Sizemore grew up idolizing the tough-guy characters of the movies he watched. After attending Wayne State University, he got his master's degree in theatre from Temple University in 1986.Like many, he moved to New York City and struggled, waiting tables and performing in plays. His first break came when Oliver Stone cast him in a bit part in Born on the Fourth of July (1989). Bigger roles soon followed throughout the early 1990s, such as Guilty by Suspicion (1991), True Romance (1993), and Striking Distance (1993). 1994 proved to be an even bigger year for Sizemore, as he won the role of "Bat Masterson" in Kevin Costner's star-studded biopic Wyatt Earp (1994), as well as one of his first truly memorable roles as "Detective Jack Scagnetti" in Oliver Stone's controversial Natural Born Killers (1994). In 1995 he appeared in Devil in a Blue Dress (1995), Strange Days (1995), as well as the acclaimed crime epic Heat (1995), directed by Michael Mann. Sizemore's first big leading role is in The Relic (1997), the big-budget effects thriller directed by Peter Hyams.According to a 2001 interview in The Calgary Sun, Sizemore entered a drug rehabilitation program in 1998 after his mother and his friend Robert De Niro appeared on his door-step during the filming of Witness to the Mob (1998). Telling him they were there to drive him to jail or to rehabilitation, Sizemore chose the latter. After completing rehabilitation, he counseled adolescents involved in substance abuse.Offered roles in W.W.II films directed by both Terrence Malick and Steven Spielberg, Sizemore chose the role of "Sergeant Horvath" in Saving Private Ryan (1998). The role and film received wide acclaim and introduced Sizemore's talents to a much broader audience in a more human and well-rounded role than he had previously been given. Sizemore also credits this shoot and Steven Spielberg for helping him with his recovery from addiction, with Steven Spielberg threatening to reshoot the entire film if Sizemore failed a drug test even once.After a flamboyant and uncredited mobster role in Enemy of the State (1998), Sizemore then portrayed a psychotic paramedic in Bringing Out the Dead (1999) directed by Martin Scorsese. Seemingly taking it easy, he then turned in fine but stereotypical performances in Play It to the Bone (1999), Red Planet (2000), and Pearl Harbor (2001). Sizemore then received another leading role in the high-profile military drama Black Hawk Down (2001) directed by yet another legendary director, Ridley Scott.Specializing in the sort of ultimate tough-guy/manly man roles that hearken back to a different era in film, Sizemore continues to be a favourite of Hollywood's greatest directors. Never afraid to speak his mind about anyone and anything, his sense of blunt honesty and lack of pretension is refreshing. A commanding voice and presence on film, Sizemore looks to continue as one of Hollywood's greatest actors.

Conjuring: The Book of the Dead

Cross: Rise of the Villains