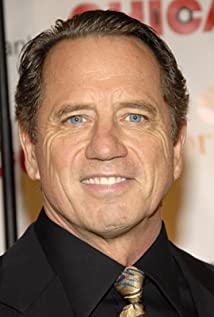 He'll forever be remembered as strapping, good ol' boy Luke Duke, the virile, blue-eyed, dark-haired, plaid-shirted rascal (equally good-looking John Schneider was the strapping, plaid-shirted blond cousin) on the rough-and-tumble bucolic 80s series The Dukes of Hazzard (1979). Where others may have fallen by the TV wayside, however, after the cancellation of such a popular series, Wopat moved on and reverted back to his first true love - music - successfully refocusing as a recording artist and musical leading man of Broadway and regional shows.The highly engaging Wisconsin native was born Thomas Steven Wopat in 1951, in Lodi, WI, the son of Ruth Arlene (Skarda) and Albin Carl Wopat, a dairy farmer. He is one of six brothers and sisters. His father and maternal grandfather were of Czech descent. Tom began singing and dancing in school musicals from age 12 and, following high school graduation, decided to avidly pursue music as a viable profession. Studying at the University of Wisconsin he dropped out to front a rock band as both guitarist and lead singer, and later gained on-stage experience in such musicals as "South Pacific", "West Side Story" and "Jesus Christ Superstar".Appearing off-Broadway in 1978 before making his Broadway debut that same year as a replacement actor in the musical "I Love My Wife", other book shows came his way including "The Robber Bridegroom" and the lead in "Oklahoma!" With solid, down-home good looks and appeal, it didn't take long for Hollywood to check him out. By 1979 Tom was co-starring in (and later sometimes directing) episodes of his own popular action-packed series while he and Schneider wrangled heartthrob status in the teen magazines. The backwoods show lasted six seasons, although at one point he and Schneider left the series after contract negotiations broke down. Briefly replaced, the show wasn't the same without them and they eventually were brought back. During the show's run, Tom kick-started his recording career with his first (and self-titled) country album release in 1983. His output went on to include six other country albums before finally releasing a 2000 album of standard love songs.After the end of his series, Wopat made do in a couple of mini-movie vehicles and a few short-lived series before scoring again on TV as Cybill Shepherd' ex-husband/stuntman on her own sitcom series in 1995. Better yet, he resharpened his musical theater skills. He returned with commanding baritone leads in "Carousel" (1986), "City of Angels" (1990) and "Guys and Dolls" (1992) (as Skye Masterson). In 1999 he recreated the sharp-shooting Frank Butler role opposite Bernadette Peters in the popular Broadway revival of "Annie Get Your Gun" and earned a Tony nomination in the process.It's only gotten sweeter. Guesting for the Cincinnati Symphony and Los Angeles Philharmonic orchestras in programs featuring Broadway's finest music, he has continued on the New York stage with successive roles in "42nd Street" and "Chicago" (as slick lawyer Billy Flynn). In 2005 he more than held his own in his first straight-acting Broadway part as part of the excellent ensemble in the Tony-winning (for "Best Revival of a Play") production of "Glengarry Glen Ross" starring acting heavyweights Alan Alda and Liev Schreiber. That same year Wopat embarked on a 33-date national "Over The Rainbow" tour with Faith Prince featuring the gorgeous songs of Harold Arlen, a tour that included Carnegie Hall.