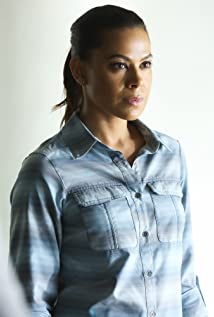 Toni Trucks is an American theater, film, and television actress.Trucks studied Musical Theatre at the University of Michigan School of Music, Theatre & Dance. Upon graduation, she moved to New York where she performed regionally before relocating to Los Angeles to make her television debut as the female lead on Showtime's comedy series Barbershop. Her other television credits include Hostages, The Soul Man, House, All of Us, Veronica Mars, 'Til Death, Brothers, CSI: NY and the telefilms Star Runners and Starstruck. She has made multiple guest appearances on NCIS: New Orleans and Grimm.Her previous film credits include Dreamgirls, Weapons, The Twilight Saga: Breaking Dawn - Part 2 and Music and Lyrics.Trucks is a series regular on CBS's military drama series SEAL Team. She plays Lisa Davis, the logistics Officer responsible for making the arrangements to get the team and their gear where they need to be. Trucks was also a series regular in the CBS legal drama, Made in Jersey, about a working-class woman named Marina (Janet Montgomery) who uses her street smarts to compete with her more polished colleagues at a top New York law firm. Trucks played Cyndi Vega, Marina's lively secretary and "comradette" in arms. She also guest starred in the pilot of NBC's mid-season thriller Do No Harm.Her theater credits include By the Way, Meet Vera Stark, Cactus Flower, Stormy Weather, Kiss Me, Kate, West Side Story, Oklahoma!, Follies, Footloose, Two Gentlemen of Verona, Ragtime, Sweet Charity, and Children of Eden. Trucks studied theatre abroad at London's Marymount College and has over 17 years of dance training including ballet, modern, and tap.Trucks co-starred in the 2012 Fox Searchlight film Ruby Sparks. The film starred Paul Dano, Zoe Kazan, and was directed by Jonathan Dayton and Valerie Faris (Little Miss Sunshine). She is also featured in the final installment of the blockbuster hit series Breaking Dawn as Mary, a member of the American Nomadic Vampire coven.Trucks's parents are divorced but live about a mile apart in Manistee, Michigan. She also has two older brothers.

Alexander and the Terrible, Horrible, No Good, Very Bad Day