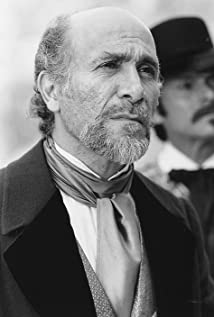 Tony was born and raised in New Haven, Connecticut.He attended Southern Connecticut State University and graduated in 1974.While an undergraduate student at Southern Connecticut State University, he performed in several productions at Albertus Magnus College, an all-girls college (until 1985) in New Haven, Connecticut.After that, he went on to attend Temple University in Philadelphia, graduating in 1977 with a Master of Fine Arts Degree.Tony taught theater classes at Southern Connecticut State University, including a course in Stage Speaking, during the Spring semester of 1978.In 1978, he decided to make the move to Los Angeles to find work in film and television.Though this move was originally meant to be temporary, he lives there with his wife to this day.Tony is a theater-trained actor, and he has a long history of stage performances. Some of these include: "American Buffalo" as "Teach"; "Othello" as "Iago"; "Filumena" as "Domenico"; and "Taming of the Shrew" as "Petruchio".He speaks Spanish and Italian.Some of his interests include: Italian cooking, museums, art galleries and yoga.His favorite play is "Taming of the Shrew" and his favorite Stargate SG-1 (1997) episode is "Threshold".Tony's favorite charities are: Doctor's Without Borders, Habitat for Humanity, and the American Red Cross.

The Curse of la Llorona