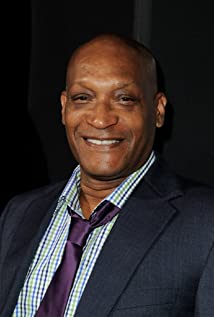 Perhaps best known for his chilling performance as "Candyman", the charismatic 6' 5" actor Tony Todd has consistently turned in compelling performances since his debut in the fantasy film Sleepwalk (1986). Born in Washington, D.C., Todd spent two years on a scholarship at the University of Connecticut, which, in turn, led to a scholarship from the renowned Eugene O'Neill National Theatre Institute. It proved to be the foundation for intense stints at the Hartman Conservatory in Stamford, Connecticut and the Trinity Square Repertory Theatre Conservatory in Providence, Rhode Island. Todd appeared in dozens of classical and many experimental plays, yet still managed to find time to teach playwriting to high school students in the Hartford public school system.Todd's extensive credits exemplify his versatility. They include such film classics as The Rock (1996), The Crow (1994), Lean on Me (1989), Bird (1988), Night of the Living Dead (1990), Final Destination (2000), the multiple Academy Award winning Oliver Stone film Platoon (1986) and Le secret (2000), which was nominated and screened at the Cannes Film Festival. Todd's recent films include the independent film Silence (2002) and Final Destination 2 (2003). He has had prominent guest starring roles in numerous critically-acclaimed television series, including recurring on Boston Public (2000), For the People (2002) and The District (2000), as well as NYPD Blue (1993), Smallville (2001), Law & Order (1990), Crossing Jordan (2001), Homicide: Life on the Street (1993) and The X-Files (1993). Todd recurred on three incarnations of "Star Trek" and guest starred on Xena: Warrior Princess (1995) and episodes of CSI: Miami (2002) and Andromeda (2000). His television movies include starring roles in True Women (1997), Black Fox (1995), Butter (1998), Ivory Hunters (1990), Babylon 5: A Call to Arms (1999) and Control Factor (2003).Todd's considerable theatre credits include the world premiere of award-winning playwright August Wilson's "King Hedley II", where he originated the title role in Pittsburgh, Seattle and Boston. Variety commented: "Todd's King Hedley dominates the stage. A sour-faced mix of rage and resolve, anger and vulnerability. Todd's Hedley was a memorable tour-de-force even on opening." He also received a coveted Helen Hayes nomination for his performance in Athol Fugard's "The Captain's Tiger at La Jolla, the Manhattan Theatre Club and the Kennedy Center. Other theatre credits include "Les Blancs", "Playboy of the West Indies", "Othello", "Zooman and the Sign", award-winning playwright Keith Glover's "Dark Paradise", "Aida" (on Broadway), and most recently, "Levee James" for the prestigious Eugene O'Neill Playwrights Conference and The New Dramatist Guild.

Tales from the Hood 3