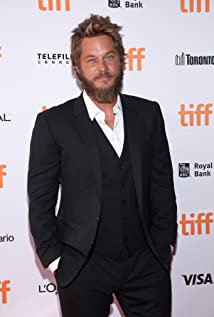 Travis Fimmel was born near Echuca, Victoria, Australia, to Jennie, a recreation officer for the disabled, and Chris, a cattle farmer. He was raised on a 5500-acre farm located between Melbourne and Sydney. Until the age of seventeen, his life was spent at school and working on the family farm, morning and night-something he continues to relish on his trips back home.After high school, higher education called and he was accepted to Melbourne University. It was not long until his intense curiosity led him to begin his global adventures.While bar-tending in London, giving away almost as much beer as he sold, he met his would-be manager, David Seltzer. David saw a spark in Travis and suggested he move to the United States to become an actor and nurture his talent. Easily enticed by the arts, it was not long before Travis made the move to Los Angeles, and within a week began studying with renowned acting coach Ivana Chubbuck. The teaching veteran, in addition to Travis, has mentored Jake Gyllenhaal, Eva Mendes, Halle Berry, Brad Pitt and Charlize Theron.Years of struggling and hard work continue to pay off and Travis has chalked up starring roles in several projects including Rocky Point (with Lauren Holly), Southern Comfort (with Madeleine Stowe and Eric Roberts), Restraint (with True Blood's Stephen Moyer), Ivory (with Martin Landau and Peter Stomare), Surfer Dude (with Matthew McConaughey and Woody Harrelson), and AE's The Beast (with Patrick Swayze). He is best known for his roles as Ragnar Lothbrok in Vikings (2013), and Anduin Lothar in Warcraft (2016).Production has taken Travis all over the world but, between roles, he travels back to his family's farm as much as possible. Travis is quick to point out that it is his love for Australian Rules (AKA "No" Rules) Football, the countryside, his two older brothers, and a hard working lifestyle that keeps his feet firmly planted on the ground.

Die in a Gunfight

Here Are the Young Men