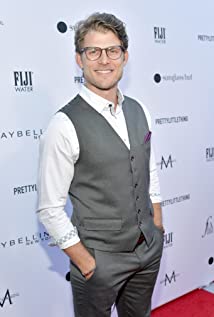 Travis Van Winkle's career seamlessly transitions between both television and film. On the small screen, Van Winkle had a starring role for five seasons on TNT's high-concept drama "The Last Ship," and was a series regular alongside Alan Cumming in the CBS drama "Instinct." CBS brought him back as a series regular in the drama pilot "Good Sam." He is currently in pre-production as a series regular for Netflix's season three of "You." Some of Van Winkle's previous memorable television roles include recurring on The CW's "Hart of Dixie" and ABC'S "Happy Endings," in addition to many guest appearances throughout his career .Feature roles include Paramount's Friday the 13th and Transformers, Fox's Meet the Spartans, and Universal's comedy Accepted.Van Winkle has been a proud mentor in the Big Brother/Big Sister Organization since 2011, and hosted two of their Galas that raised almost $2 million. He's also been a Global Ambassador to the non-profit organization buildOn. Through his work with buildOn, he has engaged and inspired his creative network to help raise more than $300,000 and assemble on-the-ground teams to build schools in Haiti, Nepal, Nicaragua, Malawi and Senegal.Van Winkle was born in Victorville, California but his parents' Air Force responsibilities brought him to both Michigan and Georgia before he eventually made his way to Hollywood at the age of 20.

'Tis the Season to be Merry