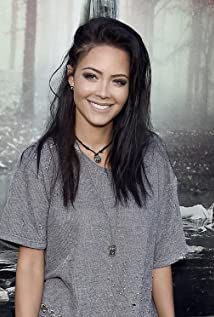 Growing up in New York City, Tristin was with the Ford Modeling Agency where she quickly became one of the top child models in the country. She would later land several national commercials such as Kraft Cheese, Play Skool Kool- Aid, Sunkist, ROSS, McDonald's and Hershey's. Tristin was also in several Broadway productions to include Disney's, "The Lion King" as Young Nala. Since 2016 she has been starring on CBS' "MacGyver" as Riley Davis. Her other television credits include a starring role as Shaina on Nickelodeon's "Gullah Gullah Island", "Everybody Hates Chris" as Jenise Huckstable, and the multi-personality bully, Bernice on Nickelodeon's "Neds Declassified". She also appeared on Disney XD's "Zeke & Luther" as Monica Lopez, "Big Time Rush" as Stephanie King, "True Jackson VP" as Hailey, Disney XD's "Kickin' It" as Vanessa Love, "Alias" as Robin Dixon, "Private" as Taylor Bell, "Supergirl" as Paulina, and "The Vampire Diaries" as Sarah Nelson.Tristin was once in a singing group called "Jane3". The group was signed to Jive/Zomba records with a single produced by T-Pain and Marques Houston called "Screensaver". The video can still be seen on Youtube along with several of her other projects. While working on an accessory design patent, which Tristin later secured, her mother suggested she start her own company. Nicknamed "Trizzio" as a little girl by her dad, Tristin chose "Trizzio" as her business name. She specializes in handbags, jewelry, clothes & accessories, and has her products on display at her small boutique in Riverside, CA.Tristin's film work includes a starring role as "Isabel Sanchez" in "Thunderstruck", alongside Taylor Gray and NBA star, Kevin Durant. She also starred in "House Party-Tonight's The Night" as "Autumn Rose".

Night of the Wild