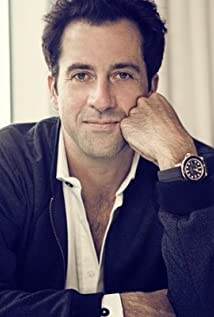 Troy Garity is an actor known for his diverse body of work. Though his breakout film performance came when he starred opposite Bruce Willis, Cate Blanchett and Billy Bob Thorton in Barry Levinson's "Bandits", he is perhaps best known for his role as Isaac in the "Barbershop" film franchise. A role he will reprise for the upcoming 2016 film.Garity earned both a Golden Globe and Independent Spirit Award nomination for his performance in the Showtime original film "Soldier's Girl". The film also garnered Garity a Peabody Award and the AFI award for excellence in film.Born in Santa Monica California, as a member of the Fonda family, acting was indeed in his blood. He attended the University of Colorado at Boulder and went on to study at The American Academy of Dramatic Arts in NYC. After graduation, Troy spent a year performing as a member of the Academy's famed repertory company.Some of Garity's other notable credits include the Danny Boyle sci-fi thriller "Sunshine," "Gangster Squad" directed by Ruben Fleischer, and the critically acclaimed television series "Boss" directed by Gus Van Sant.Troy can been seen playing NFL agent Jason Antolotti in HBO's hit comedy series "Ballers."