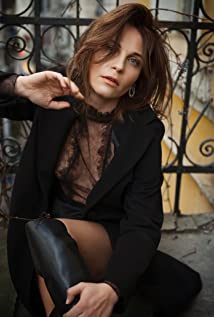 Her both parents are engineers. She has one younger sister. Her interest in theatre started in her high school years. Graduated from Izmir Bornova Anatolian High School. While she was a third year student studying Electrical Engineering in Istanbul Technical University (ITU), she took an exam from Yeditepe University and won a scholarship. Afterwards, she left ITU and started studying in Yeditepe University and also joined Yeditepe Theatre. She won Golden Orange of Best Actress in the movie Angel's Fall (2005) from Semih Kaplanoglu.