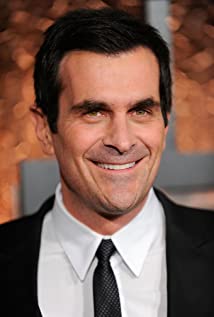 Tyler Gerald Burrell was born on August 22, 1967 in Grants Pass, Oregon, where his family owned a business. He is the son of Sheri Rose (Hauck), a teacher, and Gary Gerald Burrell, a family therapist, and is primarily of English and German ancestry. He earned a BA from Southern Oregon University and attended The University of Oregon while working as a bartender; he finished his education at Penn State where he got an MFA.In his early career, Burrell appeared in the films Black Hawk Down (2001) and Dawn of the Dead (2004). He also appeared in a Broadway production of "Macbeth".After a few appearances on Law & Order (1990) Burrell starred in the comedy sitcoms Out of Practice (2005) and Back to You (2007), costarring Patricia Heaton and Kelsey Grammer. He also made film appearances in The Incredible Hulk (2008) and National Treasure: Book of Secrets (2007).In 2009, Christopher Lloyd gave him the part of Phil Dunphy on the smash hit television series Modern Family (2009), which has gotten rave reviews, Emmys, and the #1 spot on television several times. Burrell has gotten five Emmy nominations and two wins for the popular role.Burrell's recent films roles include Mr. Peabody & Sherman (2014), Muppets Most Wanted (2014), Finding Dory (2016), and Rough Night (2017).