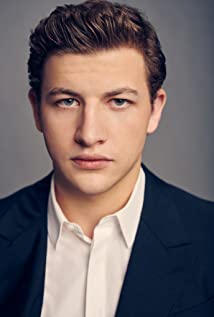 Having been named one of Variety's 10 Actors to Watch, Tye Sheridan has emerged as one of Hollywood's most sought after young talents. Most recently, he was seen in the highly anticipated science fiction film Ready Player One (2018) produced and directed by Steven Spielberg, playing the lead character Wade Watts. He also starred as young Cyclops/Scott Summers in X-Men: Apocalypse (2016). In 2019. he will reprise the role of Cyclops/Scott Summers in X-Men: Dark Phoenix (2019), he will also be seen in indie drama The Mountain (2018) and Age Out (2018) , as well as crime thriller The Night Clerk (2020).Tye Kayle Sheridan was born in Elkhart, Texas, to Stephanie (Wright), a beauty salon owner, and Bryan Sheridan, a UPS employee. Tye had almost no acting experience when he was cast in a breakthrough role for Terrence Malick's movie The Tree of Life (2011) opposite Brad Pitt, Sean Penn and Jessica Chastain. The film won the 2011 Palme d'Or at the Cannes Film Festival and the 2011 Gotham Award for Best Picture, in addition to three Academy Award nominations. He was also featured in IndieWire's "Top 25 Filmmakers and Actors" of 2011.Sheridan won the 2013 Marcello Mastroianni Award at the Venice Film Festival for his captivating performance in the Southern drama Joe (2013) opposite Nicolas Cage. That same year, he was recognized by numerous film critics for his starring role in Jeff Nichol's coming-of-age drama Mud (2012) opposite Matthew McConaughey and Reese Witherspoon. He received a 2014 Critics' Choice nomination for Best Young Actor and the cast was honored with the 2014 Robert Altman Award at the Independent Spirit Awards.He had three films at the 2015 Sundance Film Festival: The Stanford Prison Experiment (2015), based on a shocking real-life psychological experiment; Rodrigo Garcia's Last Days in the Desert (2015) co-starring Ewan McGregor and the indie drama Entertainment (2015) starring alongside Michael Cera and John C. Reilly. These riveting performances were followed by a starring role opposite John Travolta in the crime thriller The Forger, Paramount's horror comedy Scouts Guide to the Zombie Apocalypse (2015), in addition to Gilles Paquet-Brenner's adaptation of Gillian Flynn's mystery novel Dark Places (2015) alongside Charlize Theron, Chloë Grace Moretz and Nicholas Hoult.In 2017, Sheridan starred in war drama The Yellow Birds (2017), which is a film adaptation of Kevin Power's novel of the same name. In 2018, his film The Mountain (2018) premiered at the Venice Film Festival, he also won the Golden Goblet Award at the Shanghai International Film Festival for his performance in Age Out (2018).Sheridan recently wrapped production for Michael Cristofer's crime drama The Night Clerk (2020), alongside Helen Hunt and Ana de Armas.