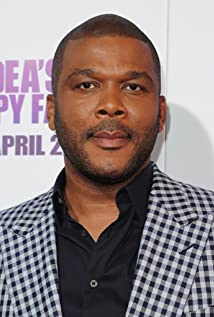 Perry was born and raised in New Orleans, to Willie Maxine (Campbell) and Emmitt Perry, Sr. His mother was a church-goer and took Perry along with her once a week. His father was a carpenter and they had a very strained and abusive relationship, which led Perry to suffer from depression as a teenager.In 1991, he was working an office job, when he saw an episode of The Oprah Winfrey Show (1986) discussing the therapeutic nature of writing. This inspired him to begin writing and he worked through his bad experiences by writing letters to himself. He adapted his letters into a play, "I Know I've Changed", about domestic abuse. Unfortunately, after renting a theater in Atlanta to put on the play, he failed to attract audiences.He took on a series of odd jobs and found himself living in his car. But, in 1998, he was given a second chance to stage his play and, this time, he was more business-savvy with his marketing. The play was sold-out and drew attention from investors.Tyler has gone on to established a successful career as a writer, director and producer for stage, television and film.

A Fall from Grace