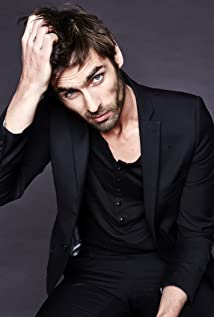 Tyson Ritter is the lead vocalist and bass guitarist of The All-American Rejects, as well as a model and actor.Growing up, Ritter lived in Stillwater, Oklahoma. His early love for the stage took him to the local Town And Gown theatre where he played everything from Conrad Birdie to The Cowardly Lion. It was a bass guitar and his unique voice that ultimately took him away from home and around the world playing to millions. After over a decade of doing so, he has recently returned to his love for acting.Tyson made his debut film performance in the Anna Faris comedy, 'the House Bunny' and his debut TV performance guest starring in an episode of "House". Most recently he appeared in the feature film "Love & Mercy" based on the life of reclusive Beach Boys songwriter and musician Brian Wilson starring Elizabeth Banks, Paul Dano, & John Cusack, in addition to doing a 2 season arc on NBC's "Parenthood" and a recurring role in the Amazon series "Betas." Tyson just wrapped shooting Catherine Hardwicke's Miss You Already starring Toni Colette and Drew Barrymore.