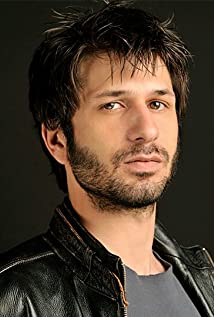 Born in Istanbul, Turkey, Ushan Çakir is an award-winning actor known for his work in Film, Television, and Theatre. He has been graduated from the most acclaimed acting school in Turkey; Istanbul State Conservatory, later finishing his studies with an MB degree at Istanbul Bilgi University, Cakir has attended many acting workshops, including Contemporary Acting with Zisan Ugurlu in New York Ellen Stewart Theatre (La MaMa) and Poor Theatre of Jerzy Grotowski with Thomas Richards.He has acted in ten different plays with various theatre companies in Istanbul including, Some Explicit Polaroids, Some Voices, Pitchwork Disney, The Waters Edge, and he was awarded for every one of them several times by the most prestigious theatre awards and institutions of Turkey; Sadri Alisik Theatre Awards, Afife Jale Theatre Awards, New Theatre Magazine, Theatre Critics' Association Awards.Çakir has made his debut in Film with My Grandfather's People of Cagan Irmak which was a great success in the box offices. His film career was quickly followed up with, a romantic tale: Long Story by Osman Sinav, an explicit comedy-noir: Extremely Tragic Story of Celal Tan and His Family by Onur Unlu and a co-production of Turkey and Ukraine: Sense of Sex (Lubi Mene) by Bahadir Er and Maryna Gorbach which he won The Best Actor award at the 20. International Odessa Film Festival.He has also acted in numerous television and digital platform series including 20 Minutes, Kurt Seyit and Sura, Magnificent Century: Kosem, and A Little Murder, Call My Agent!, Rise of Empires: Ottoman.

Ya Istiklal Ya Ölüm