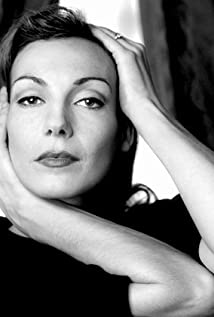 Ute Lemper has left her mark on the stage, in films, in concert and as a unique recording artist on more than 30 albums over 30 years of career. She has been universally praised for her interpretations of Berlin Cabaret Songs, the works of Kurt Weill and Bertolt Brecht and the chansons of Marlene Dietrich, Édith Piaf and many others. She became a world-famous musical star, playing Sally Bowles in Paris, Lola Lola in The Blue Angel (1930) in an ill-fated Berlin production directed by Peter Zadek, and Velma Kelly on Broadway and in London's West End. She actually started her career playing "Cats" in Vienna, then went on to star as "Peter Pan" in Berlin before acting in plays by Rainer Werner Fassbinder and Jérôme Savary in Stuttgart. In Paris, she won the prestigious Molière Award, in London she was honored with the Laurence Olivier Award, and in the US, they presented her with the Theatre World Award for her stunning portrayals.Perfectly fluent in German, French, and English, Miss Lemper has toured the entire world with her one-woman shows, i. e. "The Bukowski Project", "The 9 Secrets", and "Rendezvous with Marlene". Her Grammy-nominated album "Paris Days/Berlin Nights" was an overwhelming success in 2012. Maurice Béjart created a ballet especially for her while Michael Nyman, impressed with her versatile voice, composed a song cycle for her to record on CD.Born in Münster, Germany, Miss Lemper studied at the Max Reinhardt Seminary Drama School in Vienna and completed her dance studies in Cologne. In her native Germany, she first rose to stardom in a television series: Das Erbe der Guldenburgs (1987) was a star-studded rip-off of American soap operas in the vein of Dynasty (1981) and Dallas (1978). Herein, Miss Lemper portrayed Peggy Brinkley, a rock singer who falls in love with Alexander von Guldenburg (Jochen Horst).Her first big foray into films came in 1990 when she made L'Autrichienne (1990) with director Pierre Granier-Deferre. The film was not a big hit upon its release but has since gained a cult-following with Miss Lemper's sensitive portrayal being singled out and praised enthusiastically. She played Wolfgang Amadeus Mozart in Not Mozart: Letters, Riddles and Writs (1991), Ceres in Prospero's Books (1991), and a sexy model in Jean Galmot, aventurier (1990). Robert Altman gave her a small but showy part in Ready to Wear (1994). (She was nine months pregnant with her first child when she walked down a runway naked.) Miss Lemper then went on to star alongside Daniel Craig in Tales from the Crypt: Smoke Wrings (1996) (obviously pregnant again) and with Whoopi Goldberg and Gérard Depardieu in Bogus (1996), directed by Norman Jewison. In Germany, she provided the singing voices of Ariel in The Little Mermaid (1989) and Esmeralda in The Hunchback of Notre Dame (1996). But her focus never really was on doing films, so she semi-retired after delivering fine performances in little-seen films like Wild Games (1997) and Aurélien (2003).Miss Lemper is now a full-time musician, songwriter and stage personality. She married Todd Turkisher in 2011 and is a devoted mother of four. She moved to New York City permanently in 1998.

Magic in the Moonlight

The Wall: Live in Berlin

Tales from the Crypt