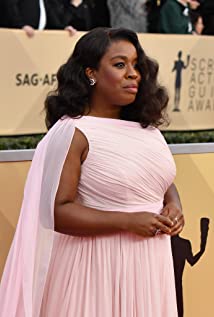 Aduba began earning recognition for her work in 2003, with a performance in "Translations of Xhosa" at the John F. Kennedy Center for the Performing Arts that won her a Helen Hayes Award nomination for Best Supporting Actress in a Play. Her Broadway debut was in 2007 as Toby in "Coram Boy". She was a member of the Original Revival Cast of "Godspell" at the Circle in the Square Theatre from 2011 through 2012. She also played the mother of the title character of "Venice" at The Public Theater in New York.Her first television appearance was on the TV Series "Blue Bloods" in 2012. In 2013 she began to receive wider recognition and acclaim for her portrayal of Suzanne Warren, also known as "Crazy Eyes", in the Netflix series Orange Is the New Black (2013).