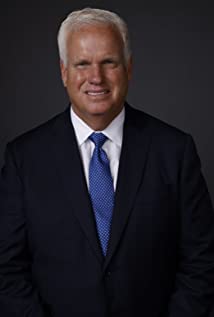 Born in 1964. Raised in Guadalajara, Mexico. Father, William Owen, is an attorney from Washington, D.C. now practicing in Texas. Mother, Ernestine Owen, is a legal office manager and aspiring pianist. Three siblings, all attorneys.Educated at Port Isabel High School (Class of '82), Southwest Texas State University, San Marcos, Texas (B.A, History, 1986), Reynaldo Garza School of Law, Edinburg, Texas (J.D., 1989)Although clichéd, Vance Owen really isn't like most producers in LA today. He didn't apprentice under Brian Grazer or Ron Howard or even grow up dreaming of a career in the movies. Instead, Owen grew up in Mexico and South Texas thinking he was best suited for arguing criminal defense cases much like his father had done in Washington D.C. Although a successful career in criminal law was ahead of him, Owen ended up dedicating himself to the injured - workers, drivers, children - doing personal injury law and finally ending up in product liability work.Dealing with various high-profile cases in South Texas prepared Owen for the rigors and challenges of Hollywood. But before Hollywood came a-calling, he successfully changed the lives of many Americans for the better. In one of his biggest cases, Owen was involved in the litigation against Coca-Cola after one of their trucks hit a school bus killing 18 children when it plunged into a small lake. Owen helped to lobby successfully to not only compensate the families of the victims, but to also get Texas to put escape hatches on the roof of every school bus to avoid similar tragedies. Owen & Associates subsequently handled a significant portion of the Ford Explorer/Firestone tire tragedies that occurred in Latin America and Texas.Mentors and good friends Elisa Salinas and George Furla helped Owen's transition to Los Angeles and break into the film business. Since then, he has taken the film community by storm, showing the same ambition and work ethic that helped him become so successful in Texas. In two short years, Owen has been a producer on nine films (both Mexican and American), with his work being praised at both the Sundance Film Festival and Tribeca Film Festival. His goal is to produce six Mexican films a year, which would make he and Elisa Salinas the most prolific Mexican movie producers. "I'd like to bring Mexico and Hollywood closer together because Mexico is so rich in talent, beauty and story-telling."Currently, Owen is in post-production on two critically acclaimed films: Borderland (2007, starring Sean Astin, Rider Strong and Brian Presley; a true story about a University of Texas student who is abducted and murdered by a drug cult in Northern Mexico) and King of California (2007; starring Michael Douglas and Evan Rachel Wood; a light-hearted comedy about the relationship between a father and daughter after Douglas' character is released from an insane asylum).When not defending his clients' rights or overseeing production on a movie, Owen spends time in his Hollywood Hills home with his dogs, Louie, Maya and Diablo and his family, who often visit from Texas. He enjoys exploring everything California has to offer, from golf and tennis to fine dining and even shopping. Not one to neglect his teams, Owen is a big football fan and spends many weekends supporting his Texas favorites. Well, that, and fighting with George Furla, a rabid USC fan.